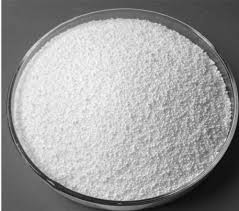 Tetrasodium pyrophosphate is sometimes used in household detergents to prevent similar deposition on clothing, but due to its phosphate content it causes eutrophication of water, promoting algae growth.