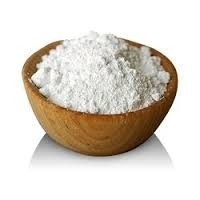 Sodium bicarbonate commonly known as baking soda, is a chemical compound with the formula NaHCO3. It is a salt composed of sodium ions and bicarbonate ions. Sodium bicarbonate is a white solid that is crystalline but often appears as a fine powder. It has a slightly salty, alkaline taste resembling that of washing soda.

As animal feed, sodium bicarbonate can be included in stock feed as a source of sodium or to act as a rumen buffer in ruminant feeds. It is used as a rumen buffering agent to aid in pH control of the rumen and minimising the occurrence of acidosis/grain poisoning. It is used to supply the nutrient sodium as required in certain feeds, please seek nutritional advice.