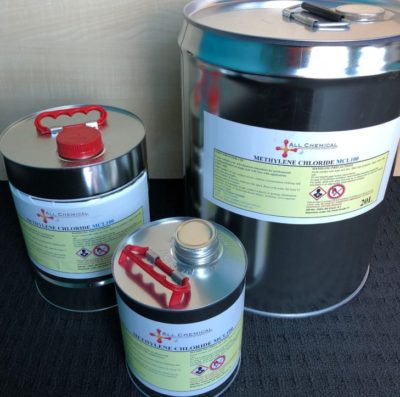 Methylene chloride (Dichloromethane DCM) is an organic compound with the formula CH2CI2 .This colorless, volatile liquid with a moderately sweet aroma is widely used as a solvent. Although it is not miscible with water, it is miscible with many organic solvents. Methylene chloride is predominantly used as a solvent in paint strippers and removers; as a process solvent in the manufacture of drugs, pharmaceuticals, and film coatings; as a metal cleaning and finishing solvent in electronics manufacturing; and as an agent in urethane foam blowing. Methylene chloride is also used as a propellant in aerosols for products such as paints, automotive products, and insect sprays.

It is used as an extraction solvent for spice oleoresins, hops, and for the removal of caffeine from coffee. Methylene chloride is also approved for use as a postharvest fumigant for grains and strawberries and as a de-greening agent for citrus fruit. One of the most well-known applications of dichloromethane is in the drinking bird heat engine.